We are the Lawrences – Larry, Cathy and Jordan.  Our son and little brother, Christopher Nolan Michael Lawrence took his own life on January 22, 2019. He was a 14-year-old 8th grader at Boiling Springs Middle School. In Boiling Springs, SC.  He was loved and cherished by his parents, big brother, family and friends.  He was funny, handsome and had a smile that lit up the room. We will never get over our grief of the loss of our Chris.   It was only a few days after our loss that we made a commitment to do everything within our power to see that no family would have to go through what had happened to us.

A few months later, we discovered an organization called “Hope Squad”, based in Provo, Utah, founded by Dr. Greg Hudnall. Hope Squads reduce youth suicide through education, training, and peer intervention.
Hope Squad members are nominated by their classmates as trustworthy peers and trained by advisors. After going through the Advisor Training In January  of 2020, we came back with a determination and fresh vision to start Christopher’s Hope Foundation to help  establish Hope Squads in as many Middle and High Schools in South Carolina as we can, and then expand to North Carolina and Georgia.

We were the first to bring Hope Squad to the Southeast US, other than Florida!

So far, Christopher’s Hope has helped to sponsor Hope Squad 12 schools, 10 in Spartanburg County, SC, and 2 in Greenville, SC. We are on track to sponsor between 6-8 more schools in 2023, bringing the total to 18. 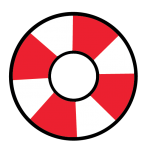